Back to Blog Posts
Prev Next

By Na Zhao on January 30, 2020 on National Association of Home Builders “Eye on Housing”

According to the Census Bureau’s Housing Vacancy Survey (HVS), the U.S. homeownership rate increased to 65.1% in the fourth quarter of 2019.  This is 0.5 percentage points higher than the previous quarter reading of 64.8% and the highest the rate has been since the last quarter of 2013.  Even so, the homeownership rate remains well below the 25-year average rate of 66.3% and the peak of 69.2% reached at the end of 2004.  Decreasing mortgage interest rates have helped support the recent improvement in homeownership, along with housing affordability and sales of previously owned homes, which reached a two-year high at the end of 2019. 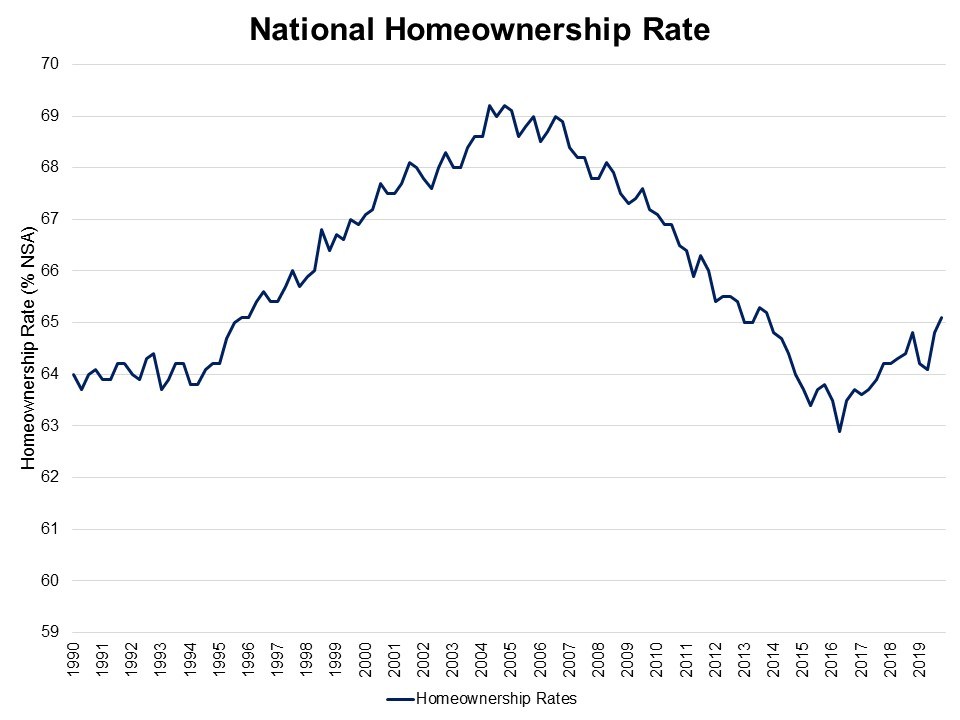 To learn more, including Household Formations and changes and Homeownership by Age of Householder click here.